The newest Bureau of Labor Statistics forecast - so, so, so many health care workers


Why Nerds and Nurses Are Taking Over the U.S. Economy
A blockbuster report from government economists forecasts the workforce of 2026—a world of robot cashiers, well-paid math nerds, and so (so, so, so) many healthcare workers.
https://www.theatlantic.com/business/archive/2017/10/the-future-of-jobs-polarized-unequal-and-health-care/543915/ 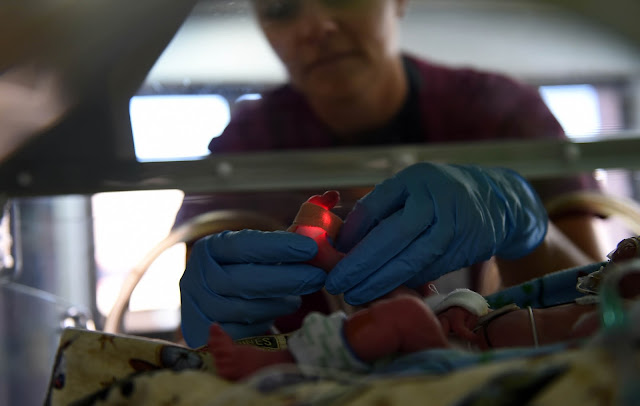 "Manufacturing will fall. Retail will wobble. Automation will inch along but stay off the roads, for now. The rich will keep getting richer. And more and more of the country will be paid to take care of old people. That is the future of the labor market, according to the latest 10-year forecast from the Bureau of Labor Statistics.
These 10-year forecasts—the products of two years’ work from about 25 economists at the BLS —document the government’s best assessment of the fastest and slowest growing jobs of the future. On the decline are automatable work, like typists, and occupations threatened by changing consumer behavior, like clothing store cashiers, as more people shop online.

The fastest-growing jobs through 2026 belong to what one might call the Three Cs: care, computers, and clean energy. No occupation is projected to add more workers than personal-care aides, who perform non-medical duties for older Americans, such as bathing and cooking. Along with home-health aides, these two occupations are projected to create 1.1 million new jobs in the next decade. Remarkably, that’s 10 percent of the total 11.5 million jobs that the BLS expects the economy to add. Clean-energy workers, like solar-panel installers and wind-turbine technicians, are the only occupations that are expected to double by 2026. Mathematicians and statisticians round out the top-10 list."

Read more here: https://www.theatlantic.com/business/archive/2017/10/the-future-of-jobs-polarized-unequal-and-health-care/543915/
Posted by Brenda Fay (webmaster) at 8:39 AM No comments:

Cancer journal removed from MEDLINE - how and why do journals get deselected?

I was lucky enough to attend two CE classes at Midwest Chapter meeting earlier in the month. Both were on data and all presenters spoke about RetractionWatch, a website that aims to "track retractions as a window in the scientific process". Since learning of the site, I've been subscribing to their updates.

Just today a post was published about Oncotarget, an oncology journal with a slightly questionable past. Recently it was "deselected" from MEDLINE. While the facts aren't all out there, Joyce Backus, NLM's Associate Director, suggests that those curious about why can look at the criteria and make our own judgements about why this journal is no longer indexed in MEDLINE. It's an interesting read: http://retractionwatch.com/2017/10/25/widely-used-u-s-government-database-delists-cancer-journal/#more-52309.

Posted by Brenda Fay (webmaster) at 2:13 PM No comments: 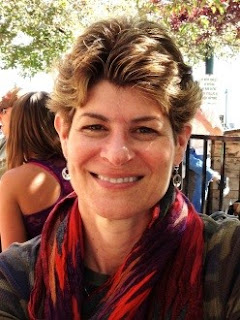 Hi! I am Diane Giebink-Skoglind, Healthcare Librarian for ThedaCare in Appleton, WI.

My role is to provide oversight and management of the library services for the ThedaCare organization. My main responsibilities are print and electronic collection development, cataloging, copyright, literature searching, and teaching Searching and Information Literacy.

This is my encore career, and a path I have always wanted to take.  I was about 5-years-old when I told our local Public Librarian that I would be a librarian someday.  I didn’t know how ziggy-zagged that path would be! As you can see, below, while my path veered around a bit, the common element is healthcare.  I always used to joke that I would have 3 careers for sure—and I have.

In my free time, I enjoy gardening, reading, cooking, and traveling with my husband Mike and daughter Rebekah.
Posted by Brenda Fay (webmaster) at 9:06 AM No comments:

America's "shining" women and why it's so hard to cure cancer?

I've been reading Radium Girls: the dark story of America's shining women. It's a heartbreaking story about watch-dial painters in Orange, NJ and Ottawa, IL during the 1920's. Radium derivatives were believed to have restorative properties, even while other's warned of the dangers of pure radium, but the women weren't cautioned or even told about the dangerous materials they were working with, and how they were interacting with them. What's even more amazing is that at least one of these sites is still being reclaimed today, 91 years later.

Many women and other workers at these plants came down with very rare and unusual cancers. While the video below isn't about radium, it does get at the heart of another issue: why is is so hard to cure cancer?

Posted by Brenda Fay (webmaster) at 2:56 PM No comments:


Michael Green is one of the most influential proponents of using comics in medical education. His illustrated story of a missed diagnosis was the first in a series of graphic medicine comics that are now routinely published in Annals of Internal Medicine.

What is graphic medicine and how can it be used to help train future physicians? Talk a look at this video just published in AAMC News.


Posted by Brenda Fay (webmaster) at 2:16 PM No comments:

Body clocks and the 2017 Nobel Prize for Medicine

Hygge, happiness, and a dark side

You might have seen or heard about the "hygge", a Danish and Norwegian word that's getting a lot of attention these days. Hygge (pronouced hoo-ga) loosely translates to coziness.

I read Meiki Wiking's book, The little book of hygge: Danish secrets to happy living, a few months ago and really enjoyed it.

Wiking's 2016 TED talk takes us a bit further into happiness, by talking about it's dark side: suicide. He highlights research suggesting that all this talk about happiness, could actually make us unhappy. See what you think. It's intrigued me enough to read more about the flip side of happiness.

Any fans of Elizabeth Banks out there? The actress partnered with the American Heart Association to create a short video on on heart disease in women. Would you recognize a heart attack if you had one?

"It's a phenomenon familiar to actress and director Elizabeth Banks, who made a short movie about it, titled "Just a Little Heart Attack" for the American Heart Association's "Go Red for Women" campaign.

Banks plays a mother going through a typical hurried morning, getting breakfasts and lunches together while finishing laundry and working on the phone. Like most moms might be, she's quick to brush off the aching jaw, sudden sweatiness and pain in her arms. And even when she does recognize that she's having a heart attack, she worries about the emergency medics seeing her messy home.

Banks, whose mother and sister have heart arrhythmias, said it never occurred to her to get her own heart checked. She has made it a mission to educate women about heart disease." http://www.cnn.com/2016/05/16/health/silent-heart-attack/index.html
Posted by Brenda Fay (webmaster) at 1:50 PM No comments: