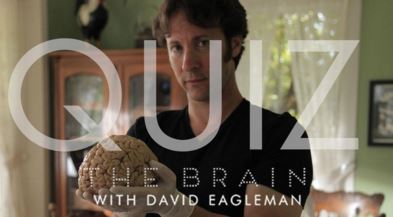 Posted by Brenda Fay (webmaster) at 4:18 PM No comments:

Getting to know the Nation's First Chief Data Scientist

Data is a big deal. If we haven't heard the buzz yet, seeing the increasing number of MLA webinars that mention data are giving us a heads-up that data is coming to health sciences and medical librarianship. It's already here in our hospitals, universities, and health care systems.

According to Patil, the best data scientists all have one thing in common: "unbelievable curiosity.” I was thinking that the best librarians I know have that same trait. Maybe there are future data scientists right in our midst?

10 Questions for the Nation’s First Chief Data Scientist: DJ Patil reflects on his first year as chief data scientist in the White House’s Office of Science and Technology Policy. 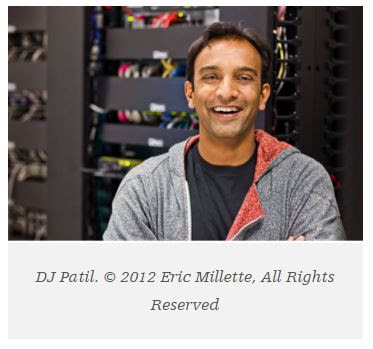 http://www.sciencefriday.com/articles/10-questions-for-the-nations-first-chief-data-scientist/
Posted by Brenda Fay (webmaster) at 11:02 AM No comments:

NLM Blast from the Past

Check out this great video from NLM's In Focus Blog
https://infocus.nlm.nih.gov/2016/04/20/nlm-blast-from-the-past/

NLM Blast from the Past
Smoking in the boardroom. Card catalogs. Keypunch equipment. Get a blast from the past in this 1963 film about the National Library of Medicine. You can hear Senator Lister Hill and catch a glimpse of famed heart surgeon Michael DeBakey and former NLM director Frank Bradway Rogers. 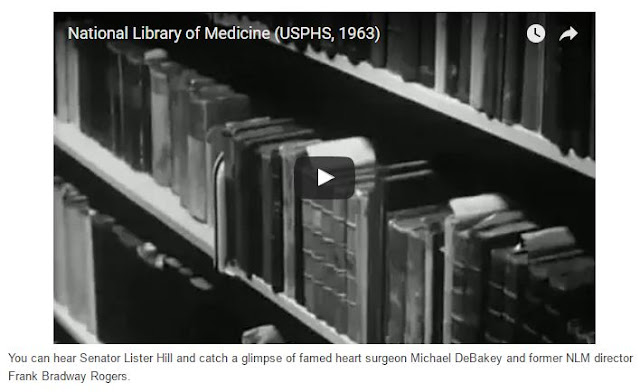 Posted by Brenda Fay (webmaster) at 12:51 PM No comments:

Ministry Libraries blog - check it out!

Michele Matucheski started blogging way back in 2004 with the What’s New at Affinity Library Services blog.   It was a way to archive the articles we published to our internal employee newsletter.  Sometimes we wanted to refer back to a previous article, and it was much easier to find it on the Library blog than in the employee newsletter.  After the merger of Affinity and Ministry Health Care in 2012, we created a NEW blog to reflect the new Ministry Library Services Team with a system-wide focus.   Now these stories are posted to our internal corporate Facebook-like intranet home page, other internal newsletters, or emailed to stakeholders (Physicians and/or Nurses).  The blog provides a centralized place to archive our stories, and revisit when someone asks a follow-up question.  It’s easy to point them to the respective article on the blog.

Although Michele learned about blogging for work, she also has a personal blog tracking her creative endeavors : Sweet Leaf Notebook: http://sweetleafnotes.blogspot.com/.

The goal is to post new articles twice a month, sometimes more.   Articles cover topics such as our featured resources like Clinical Key or Nursing Reference Center, how to sign up for our mobile apps, Top 10 eJournals, training opportunities,  new LibGuides, frequently-asked-questions, and more.

In that respect, the blog also makes the content more widely available to our Librarian colleagues outside our organization. Deb and I are thrilled to know that the content is also being read by our peers. That said, please be aware that our target audience for these articles is our own Ministry Health Care Library Users, which means some of the links won’t work outside our firewall.  We think you’ll still find the articles interesting and useful and perhaps adaptable for your own patrons.

Currently, Deb Knippel is doing a series on Copyright Awareness, which will likely be of interest to WHSLA Librarians, and beyond.

We’d love to hear your feedback, so feel free to leave us comments, or contact us directly. 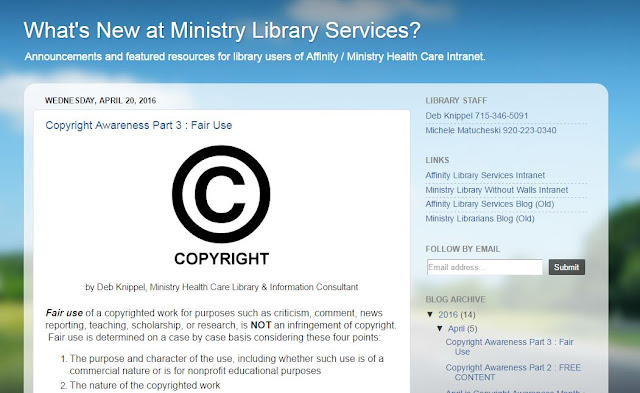 Posted by Brenda Fay (webmaster) at 12:44 PM No comments:

When this book was published in 2003, Dan Shapiro was a psychologist who specialized in treating physicians. Delivering Doctor Amelia tells the story of one such clinician, Amelia Sorvino, a gifted obstetrician who finds herself in the grip of crippling self-doubt following a delivery that resulted in a poor outcome. Not only is she facing a malpractice suit, Amelia fears that she did make a mistake that caused the problem. As a result, she no longer feels capable of delivering other babies.
From the first session with Shapiro, Amelia seems to be holding back rather than opening up during her sessions. This leads to a growing suspicion on Shapiro’s part that he might be dealing with a suicidal patient. The book vividly documents the unfolding journey of self-discovery on the part of both patient and physician.

In his narrative, Shapiro introduces several other side stories. One is his earlier battle with Hodgkin’s disease, intertwined with the efforts with his wife to conceive a second child through in vitro fertilization. A third is his contrasting of Amelia’s case with another patient he has treated, a young girl scheduled to have a leg amputated because of a cancer diagnosis.

Shapiro does a good job of weaving these strands into the overall piece. My problem with the book centers on two issues. The first deals with Amelia herself; she did not seem believable to me as described by the author. I know Shapiro went out of his way to disguise her true identity; perhaps that led to my feeling that some essential piece of her was not captured on the page. The other issue centered on the fact that I learned more about Shapiro’s personality than I did Amelia’s.

These caveats aside, Delivering Doctor Amelia is the type of medical story that will most likely appeal to a wide audience. Its prose is easily understood by the layperson and the puzzle of Amelia is an interesting one. More importantly though, the topic addressed here is an important one. As the author shows, physicians suffer from high rates of mental health issues due to the stresses they face on the job. Finding a way to insure they succeed in their profession is a benefit to us all. 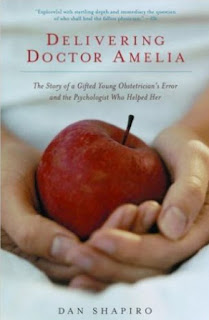 Posted by Brenda Fay (webmaster) at 11:07 AM No comments:

Thinking of taking on a fieldwork student or library intern?

Our library is looking to hire a library intern to help with some cataloging and digital projects we have on the horizon. In looking for interview questions I ran across this wonderful guide from Multnomah County Library in Oregon. While it's written from a public library perspective, I really appreciated the depth and breadth of their guide: Effective Library Internships: A Toolkit for Success.

It covers everything from interview questions, to acceptance and rejection letters, checklists, exit interviews, evaluations, top concerns of interns and much more. While fieldwork students will have paperwork from their own university that you need to fill out, this guide easily governs how to manage interns and fieldwork students alike. Having not had any formal training in management or HR in library school, I really appreciate this guide that covers the A-Zs of making sure your intern or fieldwork positions are a success. 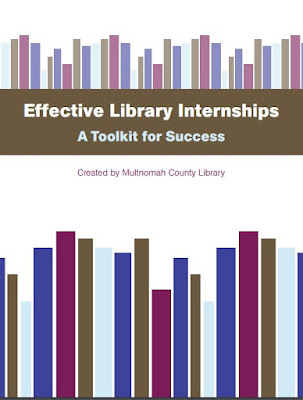 Posted by Brenda Fay (webmaster) at 11:55 AM No comments:

I recently heard an interesting segment on the radio show "Here & Now". Medical students in top schools around the nation are calling for a greater focus on instruction in Family Medicine. Ten of the most prestigious medical schools in America have no instruction in family medicine: Columbia, George Washington, Johns Hopkins, and Yale to name a few. Take a listen...http://hereandnow.wbur.org/2016/04/06/family-medicine-omission.

You can read a longer report from STAT focusing on the lack of family medicine curriculum at Harvard Medical School in particular: https://www.statnews.com/2016/04/05/harvard-medical-school-family-medicine/. 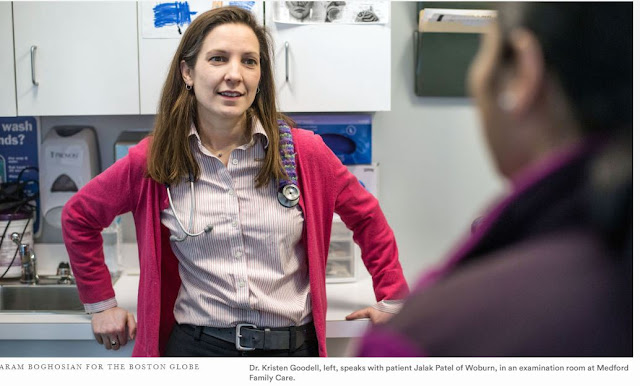 Posted by Brenda Fay (webmaster) at 2:34 PM No comments: