This may be "old hat" for most of us, but I thought it was worth sharing here ...

The DOCLINE® team from the National Library of Medicine (NLM) is pleased to announce the first release of a set of new or revised interactive tutorials on using DOCLINE, “How to Place an Interlibrary Loan Borrow Request”. This 10-minute tutorial walks users through how to place a DOCLINE request using a PubMed ID (PMID), a journal unique identifier, or manually with citation information. Stay tuned for additional tutorial releases coming in 2022.

For more information on using DOCLINE, visit the DOCLINE System User Resources page, which has FAQs, a user manual, and other resources.

Read more »
Posted by Michele Matucheski, Ascension Wisconsin Librarian at 9:57 AM No comments: 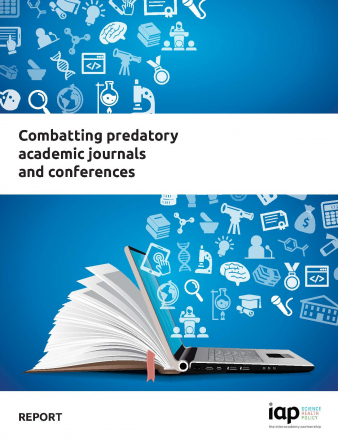 A new report from the InterAcademy Partnership (IAP) examines the problem of predatory academic journals and conferences, which are motivated by profit rather than scholarship and which exploit pressure on researchers to publish their work. The report offers recommendations to help researchers make informed choices about where to publish and present their work.

See the latest list of publications from The National Academies of Sciences Engineering & Medicine.  Most titles allow you to download a PDF copy for free, or you can purchase a print copy.

Posted by Michele Matucheski, Ascension Wisconsin Librarian at 9:39 AM No comments:

I recently attended a webinar where the speaker used the term social interoperability, which he attributed to OCLC having coined in a 2020 report on research support.

The context was academic libraries supporting research efforts across campus, but this could easily apply in hospitals or health systems -- or any organization prone to working in silos.  The more I thought about it, it's about networking and managing the matrix, making connections where there were none before to make the organization work better.  Creating connections between nodes.   Sort of like the old telephone operators plugging in the lines at the switchboard to make connections between callers.  I'm probably dating myself with that image ...

The point is: We're all part of the same jigsaw puzzle.  Everyone has a different view of the organization and their place in it.  We all know someone who could help in any given situation, who might have certain knowledge / info, so why not make those connections?  Often, it only take a couple of degrees-of-separation to track down the person with the answer.

Here's an example from my own library this week:

A nurse, updating a local dept. policy, asked me for the current edition of The Nutrition Care Manual.  I did not have it in my library.  From what I could tell, this is an ebook only available from the American Diabetes Association's Eat Right Store.  I was not able to purchase it through our regular library ebook vendors.  And as an ebook, there was little chance I'd be able to borrow it through ILL on her behalf.  If I was going to get it for her, I'd need to take a different approach ...  I remembered that in the past our Food & Nutrition Dept. used this manual, so I made some inquiries ...  and sure enough, they had access to the current edition and showed me how to get to it on our intranet.  So I was able to connect the nurse with the dietician who had the info she needed.  I also made some notes on our LibGuides and catalog/opac explaining who to contact and how to access this resource to make it easier to track down next time.

How do YOU make these kinds of connections in your organization?

The Ghost Map : The Story Of London’s Most Terrifying Epidemic–And How It Changed Science, Cities, And The Modern World by Steven Johnson [book review]

The Ghost Map is a riveting account of London’s cholera epidemic of 1854.  In setting the stage of the outbreak, Steven Johnson describes what the largest city in the world at that time would have smelled like to its inhabitants.  Lacking proper sewage systems, access to clean water, and with garbage and waste dumped into cesspools outside homes or into basements, he invokes the overpowering stench of London’s neighborhoods.  At the time of the outbreak, most officials and scientists believed the cause of the cholera outbreak was attributed to “miasma,” a disease caused by air-borne transmission.

There was one physician living in the area, though, who believed that the spread of cholera was water-borne.  During the outbreak, John Snow set out to prove his theory, mapping where those who fell ill were getting their drinking water, finally focusing on a single well in the affected neighborhoods.  At the same time, a young clergyman living in the area, Henry Whitehead, also began to investigate the epidemic’s cause.  It would take some years before their findings were accepted by the wider scientific community, but ultimately their detailed “ghost maps” of the epidemic proved the evidence showing that drinking water was indeed the smoking gun in the disease’s transmission.

Johnson addresses the histories about the spread of disease and how often medical science is blinded by established beliefs.  But due to the detailed maps that Snow and Whitehead created during that particular outbreak, future epidemiologists gained a valuable tool still in use today.  Thanks to these two men (and a few other scientists across the globe), their findings ensured the growth of large cities in which the transmission of disease has been mostly controlled.  While published in 2006 before our current COVID pandemic, Johnson does address the likelihood of future infectious disease outbreaks, providing suggestions on how the scientific community should deal with them.  In the author’s user-friendly prose, this book makes for an informative and fascinating read as we again grapple with the issue of infectious disease in a world where it pays no heed to countries’ boundaries. 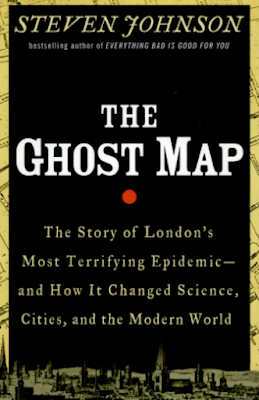 Do optical illusions help us learn to read?

Posted by Brenda Fay (webmaster) at 10:08 AM No comments:

Enjoy the newest Speaker Spotlight Series from NNLM Region 6. Hear about the new awards straight form the horses' mouths.
2021 Award Recipients:
Posted by Brenda Fay (webmaster) at 9:49 AM No comments: