"A historical drama that illustrates Russian author Leo Tolstoy's struggle to balance fame and wealth with his commitment to a life devoid of material things. Having renounced his title and property, aging Literary icon Leo Tolstoy makes plans to donate his title and property to the Russian people. His wife, Countess Sofya, challenges this act of idealism by her husband. Set in the last tumultuous years of famed Russian author Leo Tolstoy's life, it centers on the battle for his literary works and property waged by his wife Sofya Andreyevna and his leading disciple Vladimir Cherkov. Sofya believes he was the person responsible for Tolstoy signing a new will that leaves his work and property to the Russian people .Torn between his professed doctrine of poverty and chastity and the reality of his enormous wealth, his thirteen children and a life of hedonism, Tolstoy makes a dramatic flight from his home. Too ill to continue beyond the tiny rail station at Astapovo, he believes that he is dying alone, while over one hundred newspapermen camp outside awaiting hourly reports on his condition."Thanks to Amazon and Rotten Tomatoes for the description. 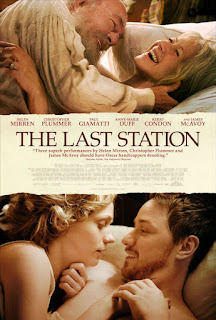 Posted by Brenda Fay (webmaster) at 3:47 PM No comments:

On December 16, 2019, the National Library of Medicine (NLM) TOXNET (TOXicology Data NETwork) website will be retired. Most content will remain available through other NLM databases as well as from external websites.

TOXNET has served as an integrated system of toxicology and environmental health information. The most frequently used databases are being incorporated into three NLM core resources: PubChem, an open chemistry database; PubMed, a resource for biomedical literature; and Bookshelf, a free online resource to access books and documents in life science and healthcare.

Several resources in TOXNET came from other organizations, such as the U.S. Environmental Protection Agency, and will continue to be available from those sources. Some databases will be retired.

The TOXNET transition page provides a list of its databases and how to access their content. Please check that page and the NLM Technical Bulletin for updates.

If you have questions, please contact NLM Customer Support at https://support.nlm.nih.gov/.

Posted by Brenda Fay (webmaster) at 1:25 PM No comments:

If your library is anything like mine, we rely on EFTS to pay for ILL. Knowing this service will continue is great!

Submitted by Kevin Baliozian, MLA Executive Director, and Janice Swiatek, Director, Lyman Maynard Stowe Library, University of Connecticut (UConn) Health Center–Farmington
On July 18, 2019, MLA communicated to DOCLINE users that “MLA, in collaboration with UConn and the National Library of Medicine (NLM), is developing upgraded technical specifications and a business model to be operated by MLA for a successor to the current Electronic Funds Transfer System (EFTS).”
UConn has confirmed that EFTS operations at UConn will continue, uninterrupted, past the original end date of December 31, 2019, to give time for MLA to finalize the new EFTS platform. MLA has been conducting user experience interviews to ensure that the specifications for the new EFTS improve the library experience and address all usage cases.
The tentative timing is for MLA to reach out to EFTS users by early November with details of the new EFTS offering. At that time, users will be asked to sign up for the new EFTS by December 15. Should a sufficient number of libraries commit, MLA will proceed with programming the platform, which MLA expects would launch by March 31, 2020. UConn is providing MLA with a sufficient buffer should more time be needed.
If you have questions, please contact:

Posted by Brenda Fay (webmaster) at 1:10 PM No comments:

Many of you have shared some of your favorite podcasts with us.  But did you know that podcasts are disappearing?  Fortunately for podcast creators and enthusiasts, the folks at Preserve this Podcast are teaching people about digital preservation to stop this from happening!  They even have a free seminar in Madison, WI this month!

Thanks to WHSLA member Michele Matucheski for this book review:

I just finished reading Seth Stephens-Davidowitz’s newish book,  EverybodyLies: Big Data, New Data and What the Internet Can Tell About Who We Really Are.

I learned some new and surprising things about humanity.

People tell Google all kinds of things they wouldn’t tell their best friend.  The author even went so far as to call the Google search box truth serum.  As a Librarian and professional searcher, I don’t see the point of confessing to Google, because it’s just a search engine and a utility.  But that’s not how many people use it.  After studying gobs of big data, Stephens-Davidowitz asserts that online searches reveal people’s true thoughts. That’s how he was able to deconstruct what happened with the 2016 election, and how so many of the accepted polls and trusted data sources got it so wrong in predicting the outcome.  He was able to pick up on a disturbing undercurrent of racism and white supremacy that most people did not admit to in polite company, ie the official polls.

Time and time again, the author points out examples where the accepted and government data just plain got it wrong because they were using outdated and archaically slow methods of data collection.  One heartbreaking example was about the rise of child abuse rates after the economic downturn in 2008.  Traditional government agencies, who were themselves cut back, were not getting any more reports of child abuse.  They would probably only be getting the very worst cases anyway.  Google search logs told a very different story with heartbreaking queries like:  Why does my father beat me?  How to tell if a kid is being abused at home?

What people say is not necessarily what they do.   He also talked about the new frontiers Big Data will open for the social sciences.  The anonymous search logs show a very different picture than what people admit to in more formal surveys.  If they are talking to someone, they know to be on their best behavior and may tell the interviewer what they expect to hear – again, the polite company factor.

Think of “official” polls and surveys.  If someone is being asked in person, they want to look good and honorable, so they give the socially acceptable answer – not necessarily how they really feel. For example: Do you eat 5 servings of fruits and vegetables every day?  People will answer yes, because they know they should.

Don’t compare your real life to everyone else’s social media lives.  People tend to be on good behavior on social media where people are watching, but when they think they are alone and otherwise anonymous, the truth comes out.

Don’t have time to read the book?  Listen to his TED Talk on "The Secrets in Our Google Searches."

Thanks to Michele Matucheski for sharing this relevant white paper.

The Hospital/Clinical Access Working Group, co-chaired by Michelle Brewer (Librarian/Market Intelligence Manager, Wolters Kluwer), Don Hamparian (Senior Product Manager, OCLC), and Catherine Dixon (Product Manager, Wolters Kluwer), came together to understand and offer insight into the unique requirements around content access when in a hospital or medical clinic setting. The results of that work can be found in the white paper, “Final Report & Recommendations: Resource Access in the 21st Century, RA21 Hospital Clinical Access Working Group.” This comprehensive report offers a concrete set of recommendations that will inform future work into the recommendations for improving access to scholarly content by the Coalition for Seamless Access.

Note: NISO Coalition for Seamless Access is the new name for RA21 and information on the initiative going forward can be found on the NISO website: https://clicktime.symantec.com/3DKmiuC1kMVMHavKoCwUxnL7Vc?u=www.niso.org%2Fstandards-committees%2Fra21

Posted by Brenda Fay (webmaster) at 10:16 AM No comments:

All WHSLA members in good standing are invited to attend the annual WHSLA Business Meeting. This year's meeting will take place during the Midwest Chapter/MLA, WHSLA, SWHSL conference.

We hope you will join us!

Posted by Brenda Fay (webmaster) at 4:14 PM No comments: