What is the Point of the Regional Consortiums? 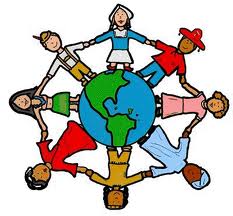 What is the Point of the Regional Consortiums?
By Michele Matucheski, MLS, AHIP

At the Fall Board Meeting in December, there was some discussion about removing the notation on the WHSLA Membership forms about a member’s respective regional consortium : Fox Valley (FV), North West (NW), South Central (SC) , or South East (SE), since 2 of these regional consortiums have since disbanded. Because I’ve been around long enough to know the histories (I keep the FRVALC Archives and their website), I offered to share an explanation.

In short, the regional consortiums formed in the early 1970s to facilitate resource sharing among health science libraries (Tech Schools, UWs, nursing schools, and special libraries including hospital libraries and some corporate libraries).  They developed regional networks for ILL so that there would be a more local response for resource sharing, rather than going directly and immediately to the medical schools in Madison and Milwaukee.   Since the consortia members met regularly and knew each other, they would also develop their journal collections regionally.  They developed a union list, or group journal holdings list, in which at least 1 member committed to holding / keeping at least 10 years’ worth of any given title (ie JAMA, NEJM, AJN, etc.) in the region.  I remember making decisions on what to keep or toss in my libraries according to our commitments to the FRVALC union list.

The second main goal of the regional consortiums was/is continuing education.  This continues to be important for some regions, and the main reason for getting together.  At FRVALC, we often showed the MLA Webcasts with grants from the GMR or WHSLA.  Though MLA’s new licensing model allowing WHSLA to apply for access and CEUs for all our members, may lessen the need to gather in the same physical space for these webcasts, as has been required by previous licensing.    That said, I would argue that getting together fosters conversation and a deeper grasp of the material presented when you can discuss it with people in the same room with you.

Times have changed.  I rely on my local FRVALC Consortium much less for resource sharing and ILL, and much more for continuing education opportunities, networking, and problem-solving.  I look forward to the spring and fall meetings when I can get together with the other members and discuss the issues I’m struggling with, and the successes.  Someone in the group can usually suggest a solution, or share what they did at their institution.  It’s a support network.  Like WHSLA, FRVALC has also worked through our own existential crises, and the members who remain continue to see the value in the FRVALC Consortia.

The Consortiums work with WHSLA, but they have their own set of bylaws and live independently of WHSLA. Some consortiums have fallen away, it’s true, but 2 remain strong and vibrant.  They will continue whether or not WHSLA lists them on the membership form, or recognizes them going forward.  The regional consortiums are PARTNERS with WHSLA; they are not products of WHSLA.  WHSLA didn’t create them.  WHSLA doesn’t have oversight over them either.   In the past, we tried to set the annual WHSLA meeting in a different part of the state each year, and it was helpful to know who was in each region, and who you could draw on to work on the annual WHSLA Mtg.  Not all regional consortium members are WHSLA members; and not all WHSLA Members are part of a regional consortium, though there is some overlap.

One of the big differences between the regional consortiums and WHSLA is that membership goes by institution vs. personal membership as with WHSLA.  And since the regional consortiums also invited academic librarians, and other staff to participate, they may have many other specialties and responsibilities besides health science librarianship.  Often it’s the ILL people at the UWs who joined us.  At smaller institutions, it may have been the clerical staff who were also in charge of CME programming – not necessarily people with MLIS degrees, or a commitment to the profession.    That’s one reason it was difficult to keep some groups going.  Another reason was the physical distances between members in the Northwest region.  It was difficult and time-consuming for them to get together.  Again, the library closures and consolidations also had an impact.

For those of you who are interested, the remaining active Consortiums do have websites where you can learn more :