In Biology Publishing Shakeup, eLife will Require Submissions to be Posted as Preprints 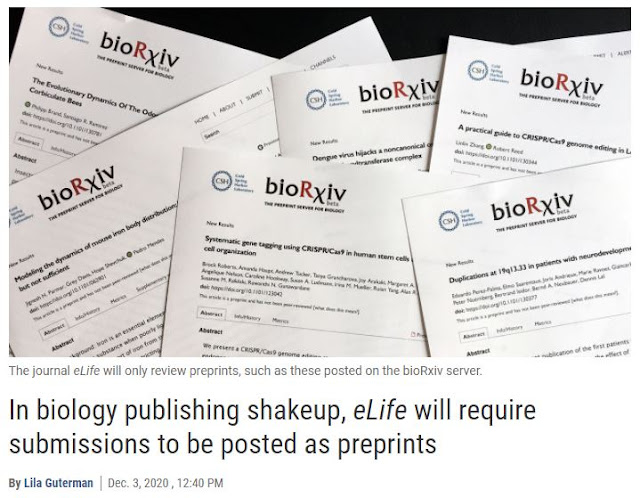 "When major biomedical research funders launched the open-access journal eLife in 2012, they hoped it would push biomedical publishing to take full advantage of the internet’s power to share results freely and instantly. In the ensuing years, the open-access model has caught on. And more and more biologists have shared work in online preprint servers such as bioRxiv and medRxiv before undergoing peer review.

But those changes are not enough for Michael Eisen, a biologist at the University of California, Berkeley, and the journal’s editor-in-chief since 2019. This week, eLife announced it will only review manuscripts that have been posted as preprints. And all peer reviews will be made public, including those for manuscripts the journal rejects. Eisen sees the changes as the next logical step in the evolution of the preprint, he told ScienceInsider."

Recommended reading by Barbara Ruggeri who felt this was a significant development for peer review and academic publishing.