With a generous donation from Kay Cimpl Wagner, archivist at Gundersen Health System in La Crosse, Wis., and her husband Larry, Gundersen Medical Foundation has established the Kathleen ‘Kay’ Cimpl Wagner, MLS, Historical Preservation Fund. Their gift to establish the fund, along with ongoing donations, will also name the archivist position after Wagner’s retirement.

“Kay has contributed to Gundersen in countless ways. Most recently, as a dedicated archivist, she has helped shape and advance the Gundersen archives,” states Sara Gundersen Battison, MLS, CFRE, director, Development, Gundersen Medical Foundation. “Thanks to the new fund created through Kay and Larry’s generosity, important preservation projects will continue and there will be improved access to Gundersen’s history for generations to come.”

Wagner worked at Gundersen as the medical library director from 1985-1999. Because of her experience at Gundersen, in 2013, Wagner was asked if she would work with retired Gundersen cardiac surgeon and Gundersen Medical Foundation vice president, A. Erik Gundersen, MD, on a special short-term project.

Wagner recalls, “Our project was to sort through an off-site storage facility with decades’ worth of accumulation. What we found was a treasure trove of Gundersen history. We spent nearly a year going through every paper, photo and object determining the historical significance to Gundersen. We also developed policies for proper acceptance for donations so items no longer accumulate in a storage facility.”

At the start of the project, Wagner was a volunteer but it soon became clear that her talents were needed beyond the initial project. So in 2015, the Foundation hired Kay as a part-time archivist. In this role, Kay has continued to inventory, preserve and catalog things of historical significance to Gundersen.

“One of the most interesting finds was a cache of letters from the 1800s written by Adolf Gundersen, MD. We are having them translated and digitized,” Wagner explains. “Eventually, the entire collection of objects, pictures, publications and more will be digitized for online access. In addition, the archives and archivist will have a presence in the Mooney Library on the Gundersen La Crosse Campus.”

Wagner also embarked on an oral history project where she is interviewing people who helped shaped Gundersen.

Wagner will be retiring soon, but she’s only laid the groundwork and strategic plan for the future. That’s why the Wagners established this new fund to ensure the ongoing work of an archivist at Gundersen.

She notes, “I’m honored to be building the Gundersen legacy. It wouldn’t be possible without the commitment of the Foundation and the Gundersen Health Sciences Library.” 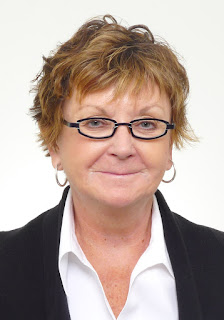